Our theme for this year’s Blog Tour is “Love in Action.” My mind goes many places when I think of that phrase. Of course, we think of Jesus giving his life for us, but my mind also goes to someone in Jesus’ earthly lineage. Someone whom nobody would expect to show a Christ-like love in the pages of the Old Testament. The story of Ruth teaches us, through several characters interactions, about the hesed of God. What is hesed?

It’s a difficult Hebrew word to translate, is most often translated as “love,” but almost as often translated as “loyalty, joint obligation, mercy, faithfulness, goodness, graciousness, kindness, favor, etc..” Hesed is one of the most fundamental characteristics of Yahweh, so much in fact that I’ve often heard hesed described by the fruits of the Spirit. Hesed is a “love, joy, peace, patience, kindness, goodness, faithfulness, gentleness, self-control” kind of love. It’s “Love in Action.” 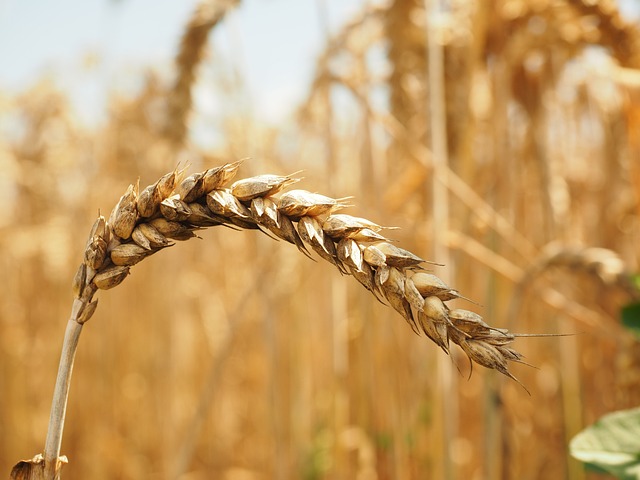 Within the story of Ruth, we find love-in-action-hesed at play in a number of places. Ruth’s refusal to leave Naomi? Hesed. Ruth’s willingness to glean for food? Hesed. Boaz going above and beyond to let Ruth harvest with his workers instead of gleaning, and sending her away at the end of the day with months worth of grain instead of what she picked up that day? Hesed. Naomi devising a plan for Ruth to marry Boaz? Hesed.

But I think the most brave, selfless, and daring act of hesed comes when Ruth goes to Boaz at night with a marriage proposal. Chapter 3 is clear that Naomi wants to get Ruth a husband so she can go on with her life. Ruth takes Naomi’s plan, however, and changes it completely! Without getting too technical, Ruth invokes two cultural laws here: the levirate and kinsman-redeemer laws. The levirate law saw to it that if a woman’s husband died leaving her childless, the dead husband’s brother must marry the woman and give her a child (Deut. 25:5-10). The kinsman-redeemer law dealt with the responsibility of redeeming land so it didn’t leave, or at least returned to the possession of the original family to whom it was given (Lev. 25:23-28).

What does all this mean? Naomi wanted to take care of Ruth by finding her a good man to marry. Naomi was only concerned with Ruth. This is Hesed. Ruth’s only concern was Naomi in getting Elimelek’s land back, and this point is vitally important, invoking levirate law using herself as the surrogate for bearing Naomi a child (see Ruth 4:13-17). This is why Boaz says her “kindness” (hesed) is greater than she showed earlier in gleaning for Naomi. Ruth shows hesed toward Naomi, and does not look out for herself. And then Boaz, not bound by either of these laws, decides to carry out Ruth’s plan. As a result, Obed, the grandfather of King David, is born to Ruth, and becomes Naomi’s son.

Hesed floods this story. A hesed so great to self-sacrifice for the sake of others. That’s Ruth. That’s also Jesus! Love in action fills the pages of Scripture, and love in action should fill the story of our lives.

Matt Stidham is the preaching minister for East Side Church of Christ in Snyder, TX. He blogs at LivingInTheWord.org. You can join him for weekly Bible studies on Facebook @LivingInTheWordBibleStudy.